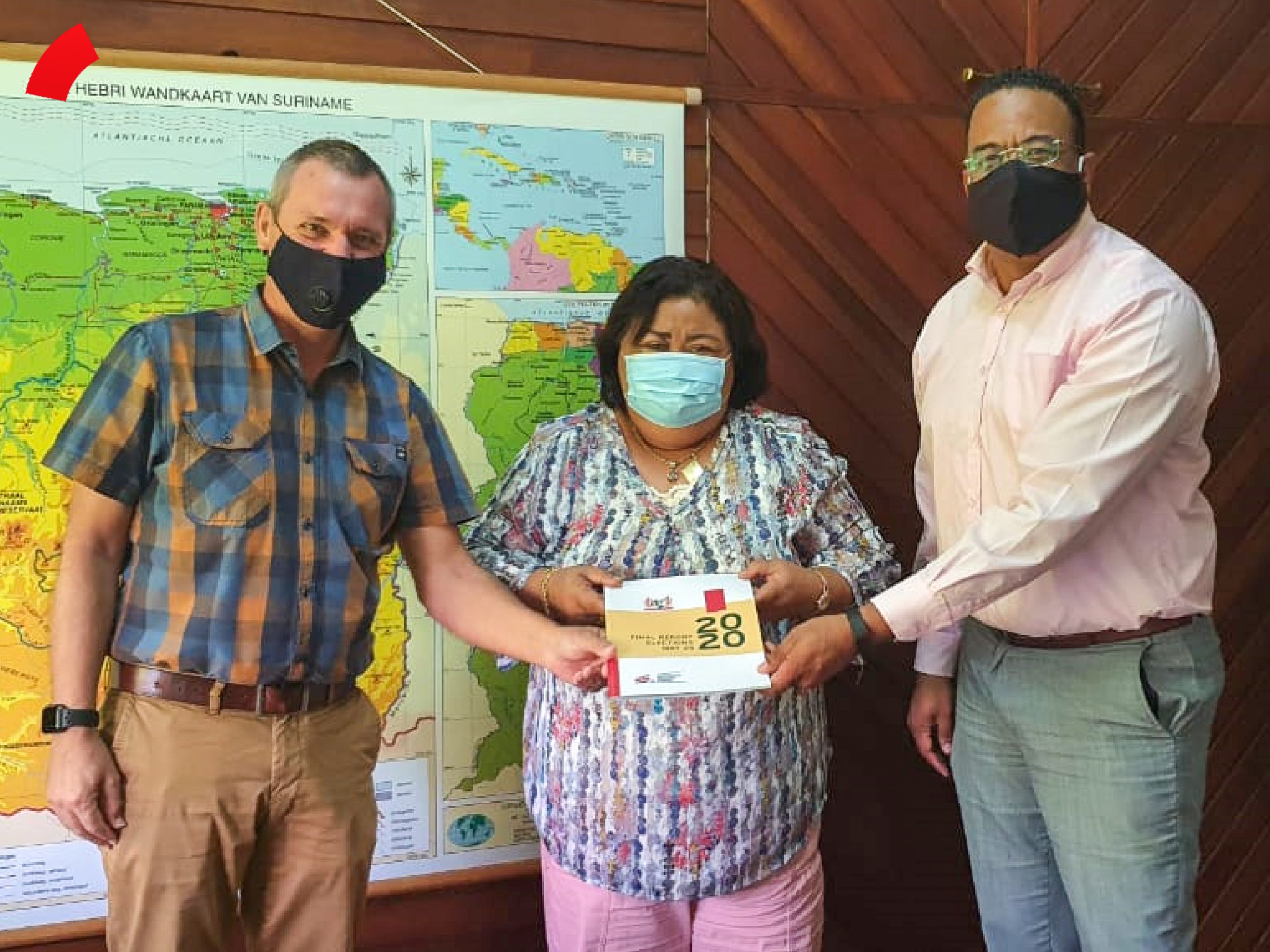 The Independent Electoral Office (OKB)  is the organization in Suriname that oversees the elections and which declares the result of the election binding on society. The OKB is also responsible for issuing a final report of the elections within two months to all stakeholders, including the President, National Assembly, political parties, CARICOM, OAS, and the Foreign Embassies.

In developing the OKB final report elections 2020, in addition to the efforts of the OKB members, the OKB secretariat and various other actors, we at Consulytic have also contributed to this section through, analyzing and reporting the evaluations made during the election period. An analysis was carried out on the basis of the evaluations of the pre-electoral, electoral and post-electoral phases. The findings of this analysis and recommendations have been developed in consultation with the OKB in this report. We also edited the complete final report and developed its layout. We look back on a very pleasant cooperation with the OKB.

In the photo is the formal handing over of the ‘OKB Final Report elections 2020’ to the president of the OKB.